Why You Aren’t Who You Think You Are Each of us perceives reality through the filter of a personal self, an “I” that is unique in the world, thanks to the unique experiences we’ve had since birth. We rely on “I” to be able to navigate through everyday situations, not realizing how limiting “I” actually is. It’s fair to say that few people realize how unstable and distorted their sense of self is. To begin with, each of us filters out an enormous portion of the input we receive at a given moment.

Part of the filtering is unavoidable—human eyesight is limited to the visible wavelengths between ultraviolet and infrared, human hearing between the frequencies of 20 and 20,000 Hz (vibrations per second). In cosmic terms the visible universe, along with the universe detectable with scientific instruments, is a fraction of the total matter and energy in creation—perhaps as little as 1 to 4 percent, depending on how “dark” matter and energy are computed, along with invisible interstellar dust.

On the personal level, the human brain has all kinds of limitations, including its dependence of a macro level of space, time, matter and energy. At other levels of nature, including the quantum, ordinary clock time, the familiar three dimensions of space, the solidity of physical matter, and so on change entirely and at a certain point disappear. The fact that “something came out of nothing” during the big bang destabilizes common sense reality in radical ways.

Most of our filtering, however, occurs as a result of the experiences we assimilate all our lives. A collection of past wounds, conditioning, and beliefs forces us to go into denial about ourselves and the world around us. The phobic who is deathly afraid of spiders seems extreme, but every strongly held belief shuts out other viewpoints, and in the process the world we don’t want to see becomes invisible. The input we receive as raw information might not be entirely suppressed, but it still gets examined in the process of interpreting what’s happening to us. At a crude level, we interpret every experience as good or bad, hurtful or pleasurable, something we like or dislike, etc.  Depending on how judgmental you are, you fall somewhere between extremely close-minded and extremely open-minded. Depending on how empathetic you are, you fall somewhere between compassionate and cruel.

Once we take into account the ways that “I” gets shaped—through filtering, interpretation, beliefs, memories, and all types of social conditioning—it’s inescapable that “I” is a rickety structure that we ourselves didn’t build of our own free will. With most people, “I” reflects forces outside their control since birth. Still, we all defend “I” and go to great lengths to identify with it. But a closer examination reveals that “I” doesn’t have a secure perch on reality, because instead of a stable structure, the self is constantly bounding around. At a minimum we have three versions of “I”:

The outward self: This is the social persona, which you identify with if your focus is on socially-approved things like money, career, the right neighborhood, an impressive house, etc. “I” is attached to labels that relate to those things, so that “WASP surgeon with a Park Avenue practice, a socialite wife, and a major portfolio” defines a very different self than “Latino working-class single mother living on food stamps.”

The private self: This is who you are behind closed doors. The private self identifies with feelings and relationships. The values that matter most include a happy marriage, satisfying sex life, children to love and be proud of, etc. On the downside are the private trials and miseries that come into every life. “I” is attached to the hopes and fears of everyday existence, which for some people means an existence of insecurity, anxiety, depression, and dashed hopes that seem inescapable.

The unconscious self: This is the self we do not know in waking life. It is governed by instincts and drives that most of us don’t want to bring to light. At its most menacing, the unconscious self has been called “the shadow,” where the worst human traits of anger, violence, envy, revenge and deep-seated existential fear reside. “I” can be attached to two different projects: keeping the dark side of the unconscious self hidden or converting it to the light. Artists, musicians, and poets do the latter. They approach the unconscious self not as a fearful domain but as a source of creativity waiting to be born.

On any given day, that the one thing we cannot live without—a self—is shifting and unreliable. We may not be aware of it, but we are constantly changing our loyalties. The external self claims us at work or enjoying ourselves at a party or buying a new house. The private self claims us in matters of the heart, in moments of depression and anxiety, and in our family life. The unconscious self does whatever it wants to, and hard as we try to keep it at bay, everyone knows the experience of sexual appetite, raging fury, and nightmares—perhaps nightmares are our purest encounters with the dark side of the unconscious.

The world’s wisdom traditions have seen through the illusion of a stable, reliable, realistic “I” and unmasked it as a grossly imperfect guide through life. In its place we need to identify with what is often referred to as a higher self, which is independent of the random forces, inner and outer, that distort reality.

The higher self is the self that aspires to rise above everyday conflicts and confusion. Experience tells us that the other versions of the self—the outward, private, and unconscious self—are constantly in conflict. This is why civilization is so discontented, to use Freud’s term. Eruptions from the unconscious bring war, crime, and violence. Private misery overshadows public success. The arts point to immense possibilities for creativity, but too few people are able to take advantage of them. In the world’s wisdom traditions, the struggle between so many conflicts can’t be won at the level of struggle. “I” must surrender every claim of the ego, whether public or private, to seek a higher state of consciousness.

For most people, this analysis leads to an untenable conclusion, because it seems inconceivable to give up the everyday “I” for a higher self that may be simply a fantasy, a product of mysticism, a religious tenet, or simply wishful thinking. Standing against this doubt and skepticism are centuries of descriptions from seekers, safes, saints and spiritual teachers who validate that the higher self, far from being alien, is the core or true self, the source of consciousness. The choice to encounter your higher self is always open. At the very least, we need to be clear about the present situation. The “I” we take for granted is deeply flawed, and therefore we don’t really know who we are.

Deepak Chopra, MD, FACP, founder of The Chopra Foundation and co-founder of The Chopra Center for Wellbeing, is a world-renowned pioneer in integrative medicine and personal transformation, and is board certified in Internal Medicine, Endocrinology and Metabolism. He is a Fellow of the American College of Physicians and a member of the American Association of Clinical Endocrinologists. Chopra is the author of more than 85 books translated into over 43 languages, including numerous New York Times bestsellers. DeepakChopra.com. 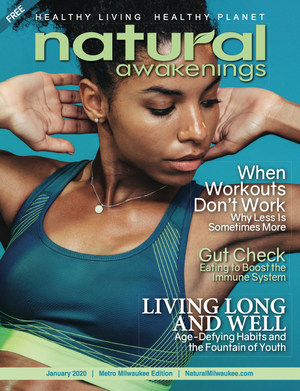